Welcome to my Weebly 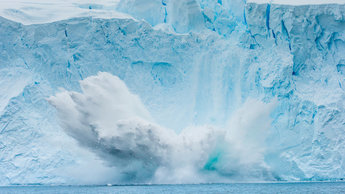 Topic: Melting ice of Antarctica because of climate change by burning fossil fuels

A new study confirms that the climate change is directly linked to the fossil fuels we burn and that a rapid shift away from fossil fuels will preserve much of the ice. If we continue on our path of burning fossil fuels, temperatures will rise and many species will go extinct and the whole food chain will collapse and quality of life will be very poor.


I chose this article because it was an assignment for APES and when I was looking for a topic, I saw this one and wanted to learn more about the melting of the ice and climate change from fossil fuels. The most interesting thing about this is that the ice of Antarctica was thought that it would melt in 10,000 years but it is expected to be gone by the 22nd century if we continue on our path of burning fossil fuels.

Source: http://www.sciencedaily.com/releases/2015/02/150216130241.htm
Author: University of Leeds
Topic:
Scientists report that chemicals that are not controlled by a United Nations treaty designed to protect the Ozone Layer are contributing to ozone depletion.

A "very short lived" substance called VSLS is helping deplete the ozone layer. It can be created naturally and industrially. Unfortunately, the industrial production of this substance is not controlled by the United Nations Montreal Protocol because it has not been known to cause major damage to the zone layer  in the past. This new substance is also 4 times more efficient at affecting the climate than longer lived gases, so even though it's influence is small compared to other substances, over time the influence of the VSLS will exceed the level of the other longer lived gases.

VSLS breakdown also destroys the ozone in the lowermost part of the stratosphere, which has a larger impact on our climate than the ozone being destroyed from higher altitudes. Although, naturally released VSLS accounts for about 90% of the damage that VSLS has caused in total to the ozone layer, while industrially released VSLS accounts for the other 10%, it is still a threat because man-made VSLS compounds are increasing and seems that it will continue to increase in the upcoming years.

I chose this article because I saw this topic and wanted to learn more about VSLS, because it's a new substance, and i wanted to know how this new substance would affect the ozone layer. The most interesting thing about this is that 90% of the total emissions of VSLS, and that we only account for 10%.

A UN summit is urging all nations to cut down on greenhouse gas emission to limit global warming to 2 degree Celsius. Obama professed the USA's major effort in reducing greenhouse gas emission by 17%, encouraging to follow their example. Secretary General Ban(UN) requested world leaders to take bolder and greater actions to protect Earth from the currently impending destruction; even UN HQ is affected by flood. France leads the effort in negotiation between different nations, president Hollande advocated a budget of $1 billion to help developing countries invest in safe energy. Many countries also pledge to lessen paper industry to save forest; however, Brazil with its resourceful Amazon jungle did not concur. Although people are setting standard to limit global warming, they are not meeting it which signifies the happening of scientist's prediction that water level will rise and displacing people world wide. In fact, its already the case with hundreds of small inhabited islands in the Pacific. With the current state of the world, stopping global warming is but a voluntary conformity, especially by the larger nations. Overall, this agreement to stop global warming seems futile, human still heads toward destruction in the end.


Just a few years ago, I saw websites and videos that mock global warming, dismissing it as propaganda, indoctrination or some other nonsense. But now, most of those people are probably dumb-founded by their extreme criticism. San Diego is right by the coast, I wouldn't want the water to rise even by half a meter even if I lived on top of a mountain because that's just horrendous. There are two things we can do now: relax until we perish, or advance beyond the natural limitation -- this mean discovering extraordinary means of fighting the effect greenhouse gas and acknowledging the positive long-term effect of mitigating its emission. 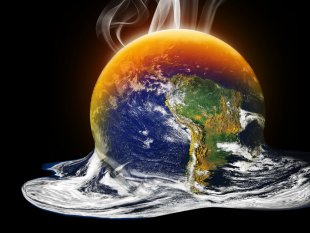